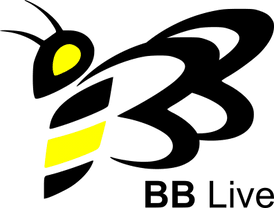 The stunning show telling the story of one of the world's most sucsessful bands.

ABBA The Story is a brand new show telling the story of the band that shaped the music.

The story starts with 2 young couple’s first appearance together on Swedish television in 1970 and culminates with their last music video  filmed on the 16 November 1982. Taking in their Eurovision win and  subsequent major arena tours along the way.
The dazzling finale of Mamma Mia The Musical will have everyone dancing in the aisles!

Born into a family of professional entertainers, Sheena has been woking professionally as a singer, dancer and actress in both theatre and TV since she was just 7 years old.

As well as live session work touring and performing alongside Mark Owen, The Real Thing, The Honeyz and Kid Creole. Sheena has also been perfoming as Agnetha for over 12 years.

Sarah has been a professional Session Singer since the age of 16. In 1998 she had the number 1 Album in Thailand for Grammy Records ‘You Are the One’ with Christina Aguilar. Sarah’s incredible vocals can be heard on many Albums and TV commercials for the likes of Diet Coke, Barbie, and Magners Cider. As well performing for over a decade with Bjorn Again, Sarah has also recorded and performed with various artists including Jason Donovan, Peter Andre, Olly Murs and Boy George to name but a few and supported artists such as Cher, Kylie Minogue, Toto, Destinys Child and Sheryl Crow.

Allan studied at Manchester’s Salford University where he gained his first class Bachelor Of Arts Degree in Music.

Since Graduating, Allan has toured throughout the United States and Europe.  He considers himself fortunate enough to have played some of the largest stadiums and arenas in the UK with Girls Aloud, The Sugerbabes and Def Leopard. However, Allan's most memorable gig to date was playing at the New Orleans Mardi Gras.

Allan is a multi-versed musician, and has been playing Trumpet, Flugel Horn, Piano and Bass guitar since he was 9!

Hailing from Birmingham, England, John is a lightning virtuoso with experience in delivering quality live shows and studio recordings. John recorded for melodic rock band Serpentine for their debut album 'A Touch of Heaven'.

In 2015, John released his first collection of self/co-penned compositions with his own melodic rock band 'Corvus'. The album 'Chasing Miracles' recieved critical acclaim amongst the classic rock scene and was viewed one of the best albums of 2015 by many reviewers.

John is now preparing for the follow up 'Immortals' to be released in 2021 alongside lending his uncanny ear and stage persona to ABBA The Story as 'Bjorn' for many future shows to follow.

'I am very fortunate to be part of such a wonderful team to play such timeless music that always guarantees an amazing audience. Let me be your Bjorn!'

Drummer, percussionist, pianist and producer, James has worked professionally for over 30 years. From the early days with signed bands in the 1990’s to session playing and touring with theatre shows in more recent years. James has played with a huge variety of performers and shows including other major tribute shows One Night of Elvis, Johnny Cash Roadshow, Simon and Garfunkel Story to backing music legends Kenny Young (Songwriter for The Drifters ‘Under the boardwalk’) and Luther Grosvenor (Spooky Tooth and Mott the Hoople, he was Ariel Bender in the band).

Paul's credits include arenas, cruise ships, theatres and everything in between. His playing has taken him to some of the mostprestigious venues in the UK, including the London Palladium and Wembley Stadium,as well as playing large venues and festivals in the USA, and a number of EuropeanF1 circuits.Equally adept on Bass guitar and Double Bass, Paul has worked with some of the UK’s busiest function bands and tribute shows in the world, and has appeared on stage with many great performers and entertainers including Derek Watkins, Joe Pasquale, Eddie Jordan and Sir Ken Dodd.

Gemma started performing at the tender age of three and attended Elizabeth Hill’s School of Dance and Drama where it was clear dancing acting and singing were her true passion She then continued her studies and graduated with a BA honours in dance/drama from Liverpool john moores university. From there she went on to perform at many established venues and companies , including Disney land resort Paris, Stars in your eyes UK tour, Rentaghost the musical and Great Yarmouth Hippodrome circus,  to name but a few.

Her career then lead her to spend the best part of 10 years performing as a dancer and vocalist for several cruise companies including Fred Olsen, P&O and Holland America. Gemma is now super excited to be a part of the ABBA The Story cast.